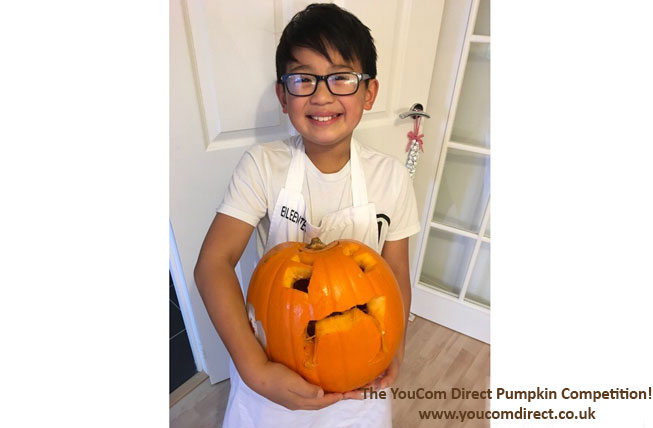 There are a lot of talented pumpkin carvers out there and in this article we present some stunning and funny designs from our mystery shoppers and publisher/supplier contacts.

First Place – “Mr K” is the cool superhero name of Eileen’s 9-year-old.  Mr K shown above prefers to do a monster face than use a template.  Excellent Pumpkin grimace Mr K.  We look forward to what you create next year.  But it wasn’t only Mr K’s Pumpkin that won the top prize… 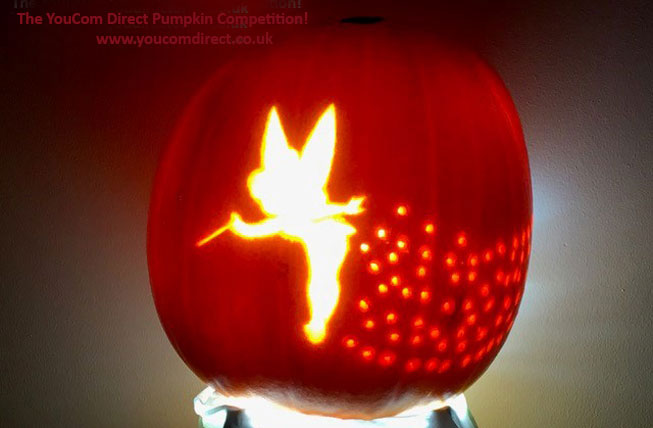 It was a family effort again that won second place with Eileen’s original Tinkerbell Pumpkin created using a drill bit. 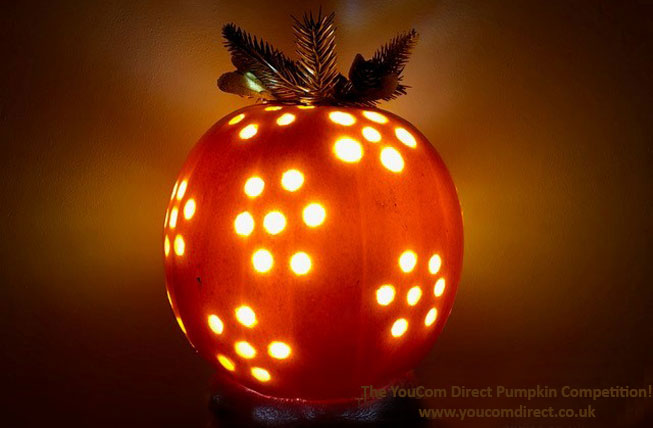 And Eileen’s second attempt of a very pretty pumpkin (isn’t Halloween supposed to be scary Eileen?).  So, Eileen and Mr K win £15.00 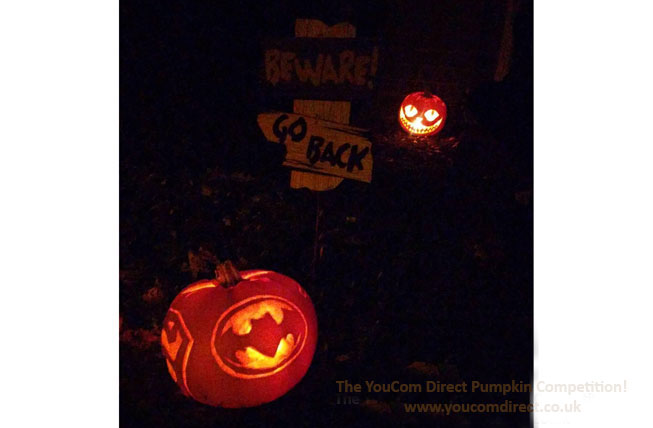 Second Place goes to Dani for this Batman and Superman inspired effort with crazy teeth pumpkin in the background.  But this image alone wouldn’t have won without a little help from our furry legged friends as shown by the same picture in the daytime… 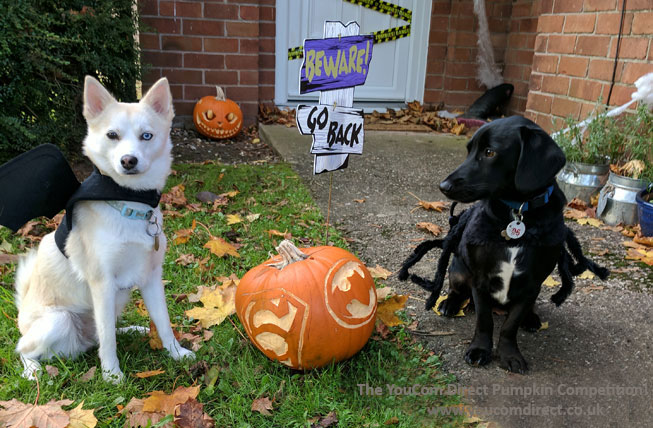 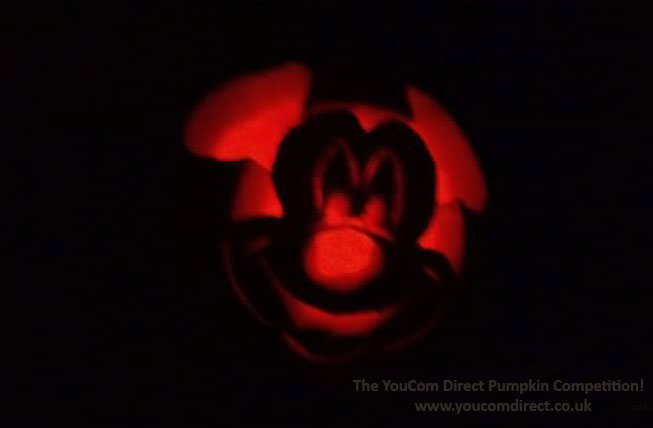 Lucy and her son Tyler are missing Disney and carved a Mickey Mouse Pumpkin.  Mum and son also carved Goofy, but the photos didn’t come out so well.  However, this effort judged with photos that we can’t upload, wins a third prize of £5.00.  Well done Lucy and Tyler! 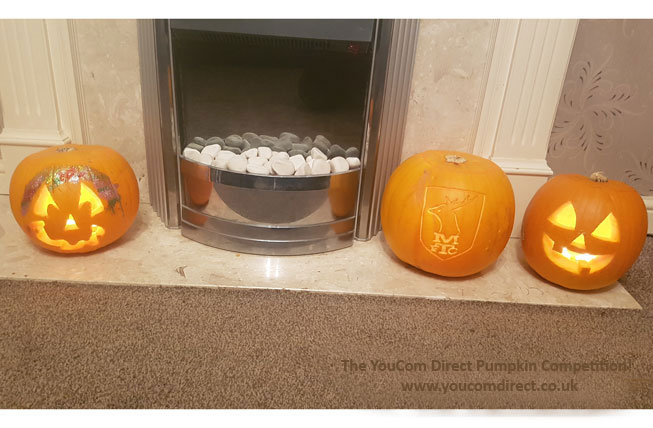 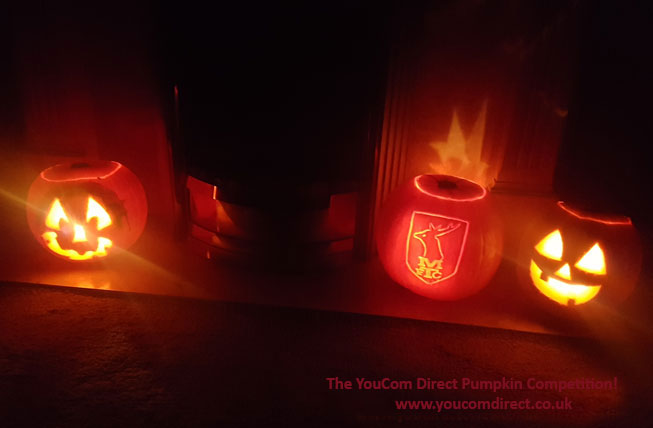 Louisa’s husband and Life-long Mansfield Town fan sneaked his own design in between the boys pumpkins late one night, a carefully crafted pumpkin showing he’s a real football fan (no prawn sandwiches for him on match day). 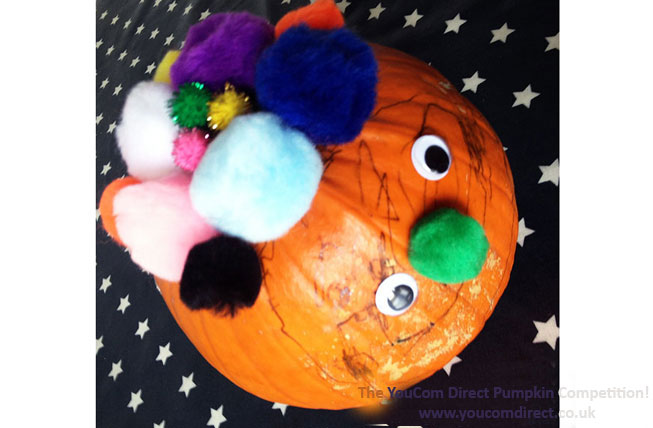 One of our favourite pumpkins for cuteness factor was submitted by Petra having first been drawn all over by her 3-year old.  Very colourful. 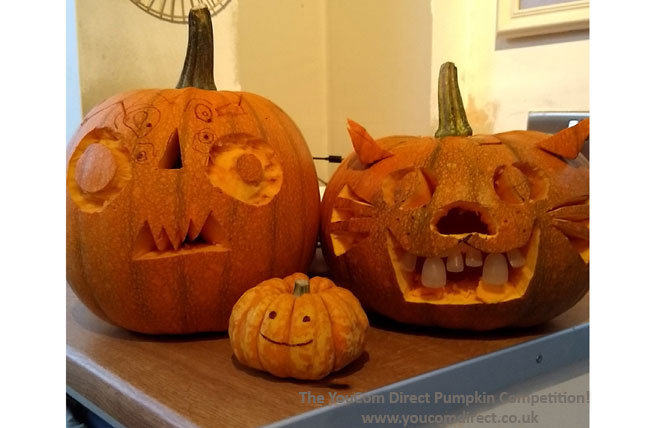 Laura’s daughter Sophie age 3 years helped her mum make the cat pumpkin and was very insistent on how it should look (an agency creative director in the making there).  Laura’s son Alfie, age 6 years, made the other pumpkin all by himself!  Well done Alfie!  And a very cute mini-pumpkin made by Alfie too.  We’ll be sending mummy some equally cute finger puppets because we’ve run out of cash prizes. 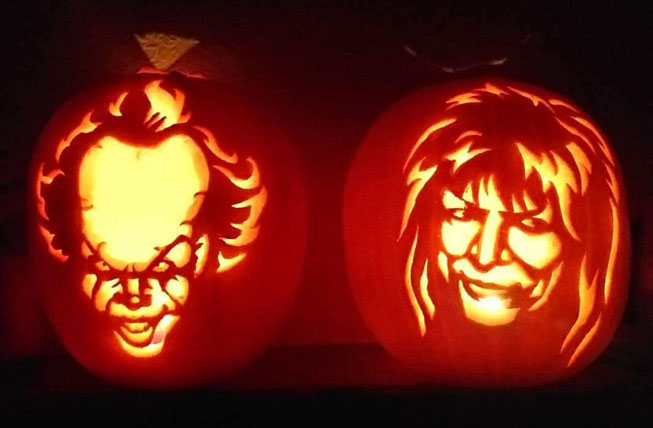 Marie runs a creative and engaging blog and sent in the above.  Excellent effort by Marie and family and worthy of highlighting here. 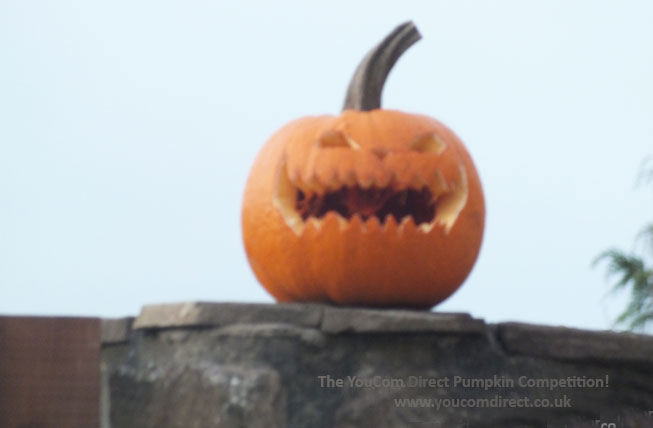 Jackie made her first pumpkin for ages after her children previously made them.  Placed at the entrance to her house by the looks of it, this spooky chap will scare off trick or treat visitors! 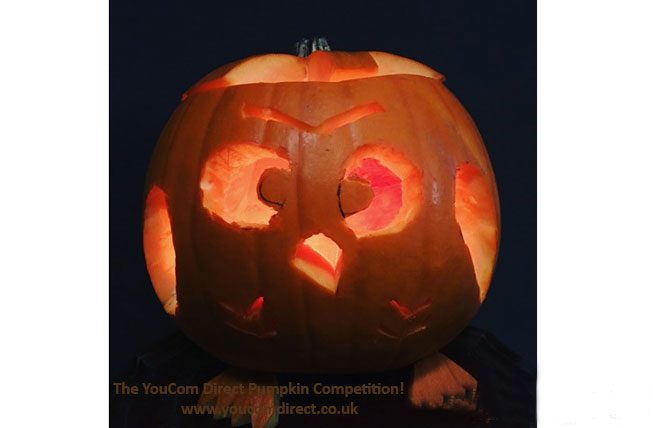 Afra’s pumpkin is uniquely adorable.  Made with her 11 year old daughter who absolutely loves owls, this ‘Owl Pumpkin’ with it’s slightly odd eyes will bring a light and a laugh to even the darkest night.  And as Afra says, how many pumpkins do you see with feet?  Well done all! 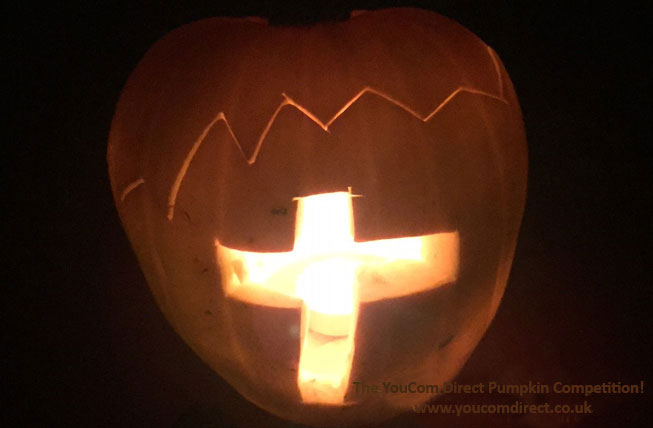 Hannah’s son Jaxon (with a little help from dad) carved this and clever mum made pumpkin soup for tea. 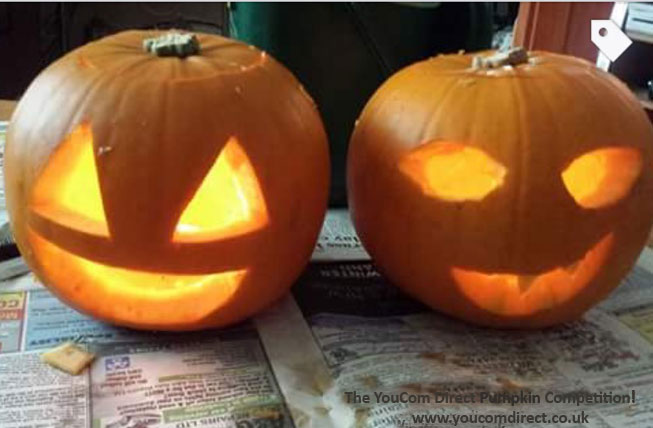 We end this year’s competition with a simple yet slightly sinister pair of pumpkins from Laura B. Thanks to everyone who took part.  Always remember if you’re making something anyway, give a competition a go, you might just win! 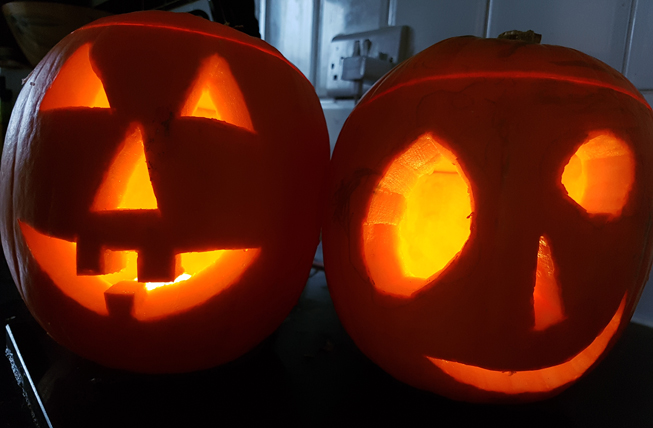