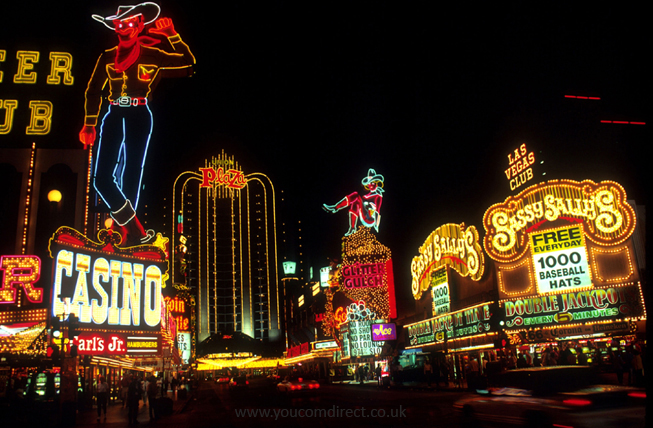 Imagine, the ultimate bet.  Everything you have on either black or red.  You either lose everything or win it all.  They say you cannot beat the odds and you cannot beat the casinos, but there is one way.  Roulette.  The bet to end all bets, a straight simple bet either the ball lands on red or it lands on black.  Minimal skill required, just luck and in casino parlance, a lot of balls. For one man it all started in the pub. Mr Revell was drinking with friends after work when one of them said “wouldn’t it be great if we went to Las Vegas and bet everything on one spin?”

Then the next day Ashley Revell couldn’t get the idea out of his mind.  At the time he wasn’t married, he didn’t have any kids, he realised if he was going to do it, he had to decide now.

Everyone he knew said it was a stupid thing to do. His mother naturally said it was a silly idea and he should be thinking of his future.  His father’s advice was the same.

But unable to stop thinking about it and unable to make the decision, he began the process of selling everything he owned.  Ashley didn’t own a house but he had about £10,000 in savings towards his first mortgage.  He had indulged in a Rolex watch and a BMW during his early work years plus a set of golf clubs.  All the things that were the trappings of a single life.  He sold them all.

Ashley sold the more expensive items and set up a car boot stall for the smaller things.  He sold sentimental things like his first XI school cricket jumper and two football ties.  He instantly regretted losing them, but he knew he had to have nothing remaining otherwise it wouldn’t feel like gambling everything.

After six months he was ready to go.  At this stage, the story had become widely known and Sky began filming his experience.  He flew out to Vegas owning absolutely nothing, even his tuxedo was rented.

Reflecting on the experience afterwards, Ashley says it was crazy but he felt totally convinced he was going to win. He felt he was just going to Vegas to collect his winnings.

When he woke the morning of the big bet, Ashley went down to the Plaza Casino and Hotel.  He had transferred £76,860 from his UK bank and the Vegas casino gave him a large stack of chips.

At that point he didn’t know whether he was going to go for red or black.  He still hadn’t decided.

When he arrived at the Roulette table, the croupier explained: “It’s simple, when I spin the ball, if it goes round more than three times before you say red or black, you can’t place a bet”.

Suddenly the croupier began to spin the ball.  The crowd had gathered behind Ashley.  The atmosphere was electric.  Everyone had heard about this crazy man from Europe who had sold everything he owned to bet on one spin of the wheel.
As people pressed closer, Ashley in his black tuxedo watched the ball spinning round once, twice and then the first thing that came into his head was red.  So he pushed all of his chips forward on red.

That spin was the most amazing moment of Ashley’s life.   He is quoted as saying time stood still.  He felt calm.  He had no possessions, he either returned a winner or with nothing, not even the (rented) shirt on his back.

The ball began to slow.  It wobbled around and then landed in what he thought was red but it disappeared slightly from view.

Later that year, Ashley met a girl in Holland and is now married with two children.  As to what happened that night, remember Sky was there and you can watch the moment live: (requires sound).


Gambling is like any industry, there are many casinos, online gambling sites and betting shops.  Business directories are perfect for advertising a brand or company to a large amount of potential customers.  YouCom Direct understands directory advertising isn’t just about Yell.com, pagesjaunes.fr or Detelefoongids.nl.  There are many geo-location friendly sites.  Which is why YouCom Direct has a diverse range of clients across many industries offering pay-per-call or pay-per-lead advertising, in many instances exclusive to our agency.

The Directory Critic is a gambling directory ranked 6,000 by Alexa with a PR 5 and often number one for keyword searches.  It takes a lot of time to search and select good gambling directories to submit a branch details to.  The company also needs to go through each directory, find relevant categories, enter the titles, the descriptions, handle the administration etc.  YouCom Direct offer directory advertising management for local search to take care of the work for you.  Our advertising delivers more calls with a higher call to lead conversion rate and lower CPA.

Dedication: This story is dedicated to Mr and Mrs Lecrinier of Belgium who were married in Vegas in 2016 (hopefully with less media attention and less stress than Mr Revell).

Disclaimer: YouCom Direct and our parent agency YouCom Media does not condone the actions of Mr Revell nor promotes irresponsible gambling.  Gambling can be addictive and users should only gamble what they can afford to lose.